I’ve often been asked by folk within our international community in Yokohama including several school moms, about how we celebrate Christmas in Mumbai, India, so I decided to devote this blog to my Christmas traditions back home and leave you to decide how different or similar it is to the way you celebrate it, whichever part of the world you are from. Keep in mind though, that Mumbai is quite different from the rest of India.

When I was a teenager, Christmas came as early as October!!! That’s because choral ensemble rehearsals for all our Christmas concerts and programs (whether they be on the performer’s stage or sacred music for church services held in the season of Advent) began around that time and one is inevitably drawn into the yuletide spirit if one is rehearsing daily. These concerts form part of the “Festival Of Festive and Sacred Music”, an old musical tradition held at various venues all over the city. Apart from these concerts, we also had the small-time school and college concerts to organize and rehearse for. Whilst these rehearsals kept us busy, not singing for them was unthinkable!! It was a part of our lives.

Now a little background here. My beloved hometown of Bandra in India’s commercial capital – Mumbai – was erstwhile a predominantly Catholic suburb dotted with churches and Portuguese styled cottages dating back to our 14th century colonial past. Our East Indian community who lived there (our name is derived from the British East India Company despite Mumbai being on India’s West Coast), had some Portuguese ancestry followed by a little British influence. So my great grandparents spoke Portuguese whilst my grandparents spoke the Queen’s English and got educated at Cambridge institutions. Today, those lovely houses have all given way to towers, skyscrapers and apartment living. Bandra is now home to people of all religions from all walks of life who live in the city to earn their livelihood.

Back to my story. Come December and my home, like other East Indian homes, would begin to smell of Christmas sweets that reflect our colonial past. Marzipan, milk cream, guava cheese, date rolls, tartlets, coconut-based sweets and Christmas cake (that was distinctly Christmas pudding made of rum and raisins) were among the most popular sweets that we made. My mom, an amazing baker and sweet maker, would be horrified if chocolate chip cookies, frosted goodies or chocolate-based cakes dared appear alongside her sweets! My sisters and myself helped mom cook them (marzipan, milk cream and guava cheese involved stirring for hours a bubbling mixture over hot fire until a miraculous moment when it was proclaimed set and ready for molding). “These are real sweets, not those chocolate-based ones you eat throughout the year,” she would tell us and we would all nod appropriately. This wide assortment of sweets was cooked right up to Christmas Day when they would all be boxed up and each of us would be dispatched to distribute them to all and sundry – neighbors, friends and relatives galore. In our part of the world, it is the exchange of sweets rather than of gifts which is paramount.

Winter cleaning and decorating the house happened around the same time. Decorating the tree and setting up the Nativity scene (or the Christmas Crib as we call it here) was before we hung the wreaths, stars, lights and other decorations. And doing this together as family was the best time of all. We also wrote and sent Christmas cards to over a hundred people and received the same amount in return; nowadays these cards have been replaced by ecards or cards on social media world over.

My favorite tradition was the carol singing. Our church youth group would organize a huge jeep or truck, load it with loudspeakers, get somebody to don on a Santa outfit, and we would all grab microphones and off we went into the streets following the truck into the four demarcated zones of the parish and into the apartments of families who belonged to our parish. The loudspeakers would blare the traditional carols and we would join in the singing with gusto, stopping at doorsteps where we were welcomed with mugs of cocoa or soup as we brought smiles to each family member. I even recall dancing the boogie woogie on the moving truck with Santa – those were the days!!! The children from Sunday School who accompanied us would enact the Nativity scene at a few street corners to convey the true meaning of Christmas. But more than making glad the hearts of our church families, it was a witness to a land whose people belonged to every religion under the sun that Christmas is about the birth of Jesus who is Savior of the world and that Christmas is therefore, a message of hope to a hopeless world.

Like devout Catholics, we would pray the Catholic tradition of the ‘novena’ prayers nine days before Christmas to prepare ourselves for the coming of the Lord once again to be one with us so that we might be one with Him.

But the highlight of it all was the Christmas Eve Midnight Mass. The solemn and beautiful Christmas vigil service held at midnight was on the church grounds (since the many thousands of faithful would not fit inside a church) and our church choir and orchestra was undoubtedly one of the biggest and best in Mumbai with professional singers singing with us. After a grand service attended by every parishioner – from the aged to the newborn baby in the arms of its mother – was the greeting and wishing of all our fellow parishioners over coffee and cake served by the church. This mingling could even extend to a cool couple of hours!! And walking back home (a walk that took three brisk minutes) would take an hour or more as we stopped to wish the others along the way.

Upon our return home, we opened the presents kept under the Christmas tree over wine or coffee. Of course, as children we believed in Santa and squealed in delight at our presents and marveled at how Santa knew exactly what we wanted even though we had forgotten to write him. Since we would go to bed not before 3 am, Christmas morning was obviously a late affair with Christmas lunch with the family not taking place before 2 pm. Christmas lunch differed from home to home but chicken roast, roast beef, suckling pig or duck moile would be the mainstay of each menu. Then there was also pork vindaloo (a Goan Portuguese dish originally known as vin d’alho; vinho is wine and alho is garlic in Portuguese so it is basicallypork in a wine and garlic sauce, potato chops (beef mince stuffed potato cakes), hand-made breads, a saffron infused rice and an assortment of veggies and salads.

And that evening was another highlight – the much-awaited, all-night Christmas Ball or Dance. The Ball was held all over at various neighborhood clubs and this was attended by couples or groups of friends. Our neighborhood club known as The Bandra Gym, has been my haunt for most of my life where we danced the night away to great bands and live music with friends. It was a night we talked about months in advance with buying the evening dress occupying top priority.

The rest of the Christmas week would pass by quickly with parties, get-togethers and even some weddings thrown in for good measure (but an Indian wedding deserves another blog!). Basically, every night was a late night. It all culminated in New Year’s where my entire family including aunts, uncles and cousins all gathered at my aunt’s beach cottage to bring in the New Year. We would get a good barbecue going on the sands under the stars and then hold a liturgical thanksgiving service right there with our inhouse priest – my uncle – celebrating Mass for us where we thanked God for the year gone by and prayed for His continued blessings in the new one. Just bonding with the family on the 31st and 1st was a special time before we all dispersed to our homes and that finally marked the end of the Christmas season for us.

To this day, I do the very same things… albeit in different ways. I can no longer be part of Mumbai-based choral groups but I am now part of the audience. I sometimes tire of the all-night dancing at the Christmas Ball but prefer to spend the night there catching up with friends. Our midnight mass is not held at midnight anymore but a couple of hours earlier due to security reasons but it remains as grand. And the carol singing is now replaced by a more commercial carol singing at malls replete with Santa Grotto et al. However, we still go carol singing for the sick and the home bound people although that is on a much smaller scale. The Christmas parties have now become reunions as we meet other family members and friends also living overseas who all gravitate towards Mumbai for the season’s festivities. And my mom has since succumbed to the commercialization or Americanization of Christmas sweets and now grudgingly permits Costco-bought chocolate-based goodies to be placed alongside her “real, classical” sweets.

I have also brought a little bit of Japan into my Christmas traditions. I have made ‘umeshu’ (Japanese plum wine) a constant on the wine list for the New Year’s Eve barbecue, with my cousins barring our entry unless we have the wine!!!

But the Christmas spirit with the bonding, family time, catching up with friends and relatives still lives on amidst all the festivities and today, I want my daughter to experience it too. Just walking into my church and seeing the familiar faces there with hands lifted up in worship brings a tear to my eyes, meeting neighbors who drop in to chat or inquire about me and my life in Japan warms the cockles of my heart since back in our enormous mansion in Yokohama, I do not know my next door neighbors although we politely bow and greet each other every day! And going home each Christmas makes me thankful to have had rich traditions that have never died and I pray, never will! 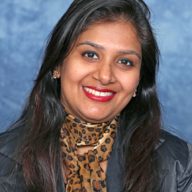 Lower Elementary Class Teacher
Mumbai in India is home but I feel blessed to be able to call Hong Kong and Japan my second homes. I teach a multi-age classroom of Kindergartners, First and Second Graders. I enjoy music (singing and leading worship), books, travel and trying out new recipes.