Yes, you read the title right. In the Philippines, Christmas is celebrated starting September 1. Houses and malls are decorated, city Christmas trees and school Christmas trees are put up, Christmas lights are lighted up every night, Christmas carols are being played on TV, radio and in malls, people start planning and counting down, and if you really are a Filipino and are excited for Christmas, you even start greeting people.

Christmas is the biggest holiday in the Philippines. It starts from September 1 through 1st or 2nd week of January. Nobody really knows for sure why it’s being celebrated that early, but Filipinos love to celebrate occasions earlier than normal.

In most countries, nativity scenes – also known as the belen – are only set up in churches or other religious spaces. But in the Philippines, it’s common to find it everywhere. In fact, every Filipino household will have one set up during the festive season.

A complete set is comprised of baby Jesus, Mary, Joseph, the Three Kings, as well as every barn animal you can think of, but many belens exclude the last two since they’re not as essential. Whether it’s made of the original porcelain or recycled materials, you’ll see one in schools, building lobbies, and homes. Some schools and barangays even hold competitions for the best belen, making for some lavish displays.

Everyone knows about Christmas lights, but the Philippines has the parol, a Christmas ornament unique to us. Traditionally, parols come in the shape of a big circle with a star in the middle, but you can also choose from various designs like stars and flowers. It can also be made from different materials like plastic, wire, wood, or even recyclable materials.

The parol was originally made to hang on lamp posts to guide mass-goers to Simbang Gabi, but now they can be found everywhere like outside houses, in malls, and offices.

Growing up in the country, I never missed making a “parol” each year. It’s one of the requirements we have to make in school every December starting preschool to high school.

Simbang Gabi means “night mass”, which is basically what it is. Filipinos attend mass either late at night or in the wee hours of the morning for all 9 days before Christmas. We try to complete all 9 days, both as a religious practice and because of the belief that attending all 9 masses will grant you a wish.

To go with the season, churches are decorated to add a Christmas flair, and vendors often sell local Christmas goods like bibingka and puto bumbong outside after the mass.

For most countries, Christmas caroling means a whole production of good vocals, coordinated outfits, instruments, and well-practiced Christmas tunes. For us, it’s become a humorous affair.

Regular Sunday masses follow a routine, but everything is extra special on Christmas. The Christmas mass that most Filipinos attend, Misa de Gallo, differs from regular Sunday mass. It’s a celebration that includes lighting candles, projector displays, and sometimes a re-enactment of the story of how baby Jesus was born.

Most people eat their Christmas dinner either on Christmas Eve or Christmas night, but Filipinos often wake up at midnight to welcome Christmas day with Noche Buena, a lavish feast of traditional Filipino Christmas dishes like lechon, queso de bola, hamon, spaghetti, and fruit salad.

Most Filipino families are also separated for most of the year, with kids off at college and parents going overseas for work. The mundane act of preparing Noche Buena is also something we look forward to, because it’s a time to prep meals and cook together as a whole family.

Gift giving or exchange gifts in school, churches, communities and work places is one of the things that we do in the Philippines. We would have a container with all the participants’ names who wants to join the exchange gift and each person will pick one paper with a name on it. This usually happens 2-3 weeks before the party or the celebration so people can have time to buy gifts. In addition to this, schools and churches celebrate in different dates to gather people. There will be performances from the students and the church members. We normally end the school and church program with the distribution of gifts.

Even our priests say Christmas isn’t over until January. The Feast of the Three Kings, or the Epiphany, is the celebration of the day the Three Kings reached Jesus’ manger. It’s also considered the last day of our lengthy Christmas season. Epiphany occurs on the first Sunday of January, which means Christmas continues until well into the new year.

As someone who works in a foreign country, I always make sure to be in the Philippines or I’m with my family when I celebrate Christmas. It is a family affair. And when I say family, not just my parents and siblings but also my aunts, uncles, grandparents, cousins and others. Every Christmas is extra special to me because it’s also my birthday. It just feels so good to celebrate with the whole world even if we celebrate it with various reasons. When I was a kid, I usually demanded 2 gifts. One for Christmas and another for my birthday. There were no complaints from my parents regarding this demand of my younger self but as I grew older and learned more about CHRISTmas, I learned to appreciate my date of birth. Now, reminding people that Christmas is about Christ Jesus has become one of my TO DO LIST every Christmas season.

6 For a child is born to us,
a son is given to us.
The government will rest on his shoulders.
And he will be called:
Wonderful Counselor, Mighty God,
Everlasting Father, Prince of Peace.
7 His government and its peace
will never end.
He will rule with fairness and justice from the throne of his ancestor David
for all eternity.
The passionate commitment of the Lord of Heaven’s Armies
will make this happen! 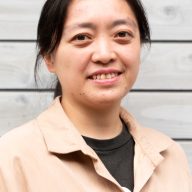 PE, Toddlers & Assistant Teacher
Ms. Chloe lives in Yokosuka and is from the Philippines. I teach Music, Arts, Physical Education, Computer and Library for Preschool and Elementary level. Singing, hiking and swimming are some of my hobbies.